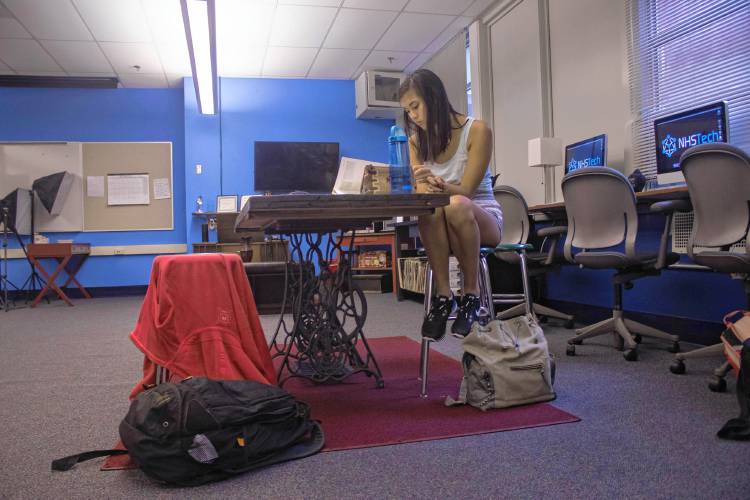 By Nicole DeFeudis
For the Gazette

The students received honorable mention for their documentary submission in C-SPAN’s national 2017 StudentCam competition. With their documentary, titled “Trust and Funding: Sanctuary Cities and Immigration Reform,” the duo sought to localize a prominent national issue.

The theme of this year’s competition was, “Your message to Washington: What is the most urgent issue for the new president and Congress to address in 2017?” Jessup and Frogameni chose the topic of sanctuary cities partly because it was so close to home.

Northampton is a sanctuary city, a designation that forbids the use of municipal funds to assist federal agencies in seeking out and penalizing undocumented immigrants, and prohibits municipal employees from inquiring about individuals’ immigration status. In January, President Donald Trump released an executive order which threatened to restrict federal funds to sanctuary cities.

“I want people to know the whole story before they make a snap judgement about it,” Jessup, a senior, said about sanctuary cities. “In reality, I think that they (sanctuary cities) are beneficial to society.”