5th-grade students at Jackson Street School organized a Standing March outside the school today. Students of all grades and ages were encouraged to participate by listening to speeches, creating signs, and standing by the road to get their message out to passersby.

5th graders led chants, read speeches, and listed their hopes and demands for action which included less trash, composting of waste food, and officially including climate change in the curriculum.

Nearly all classrooms went outside to participate in the Standing March, not just the upper grades. Students from across the age span made posters, chanted, and made their voices heard.

Organizers are hoping to pursue further actions such as a fundraiser and encouraging the Gazzette to publish more articles addressing climate change. 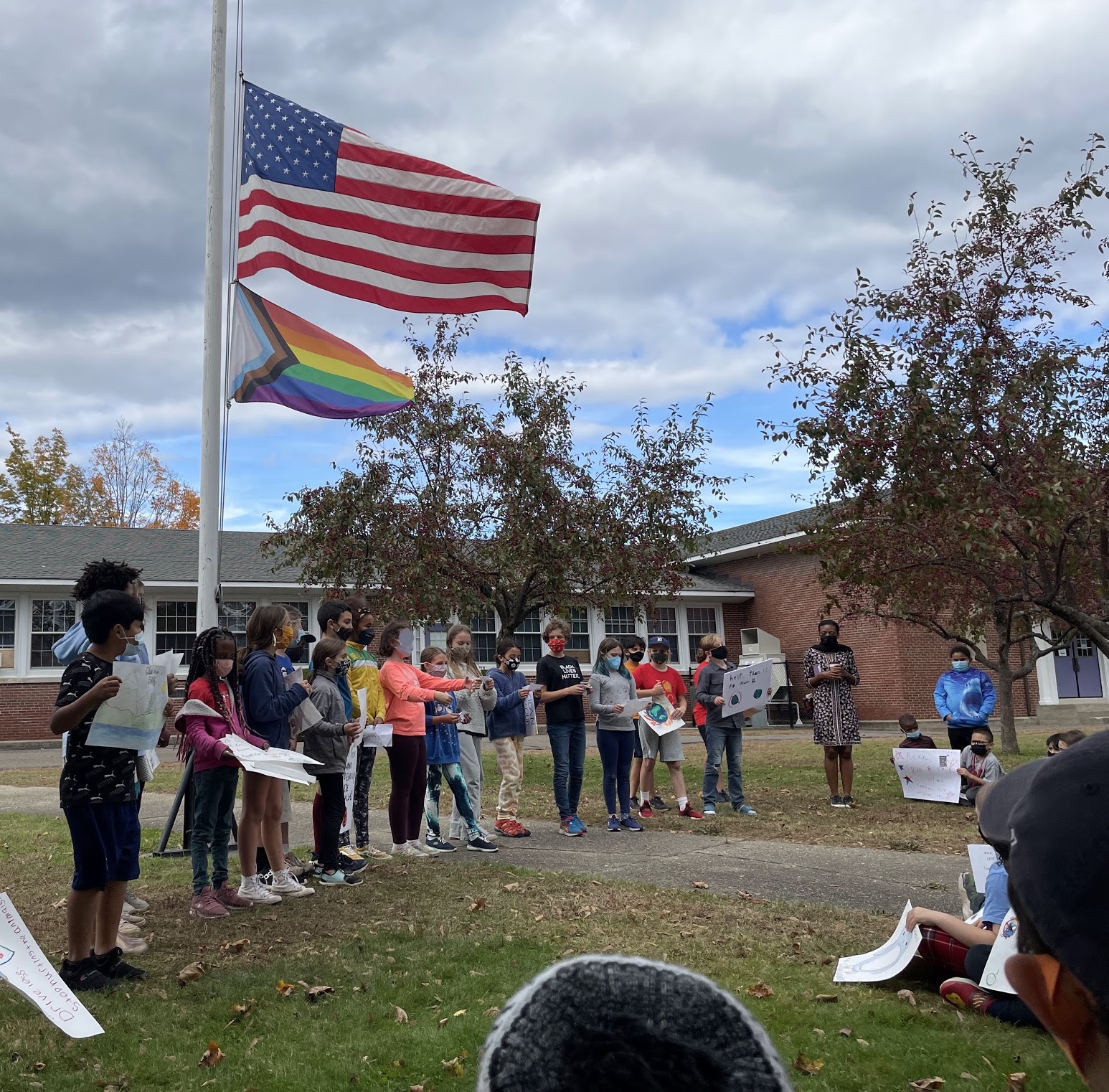